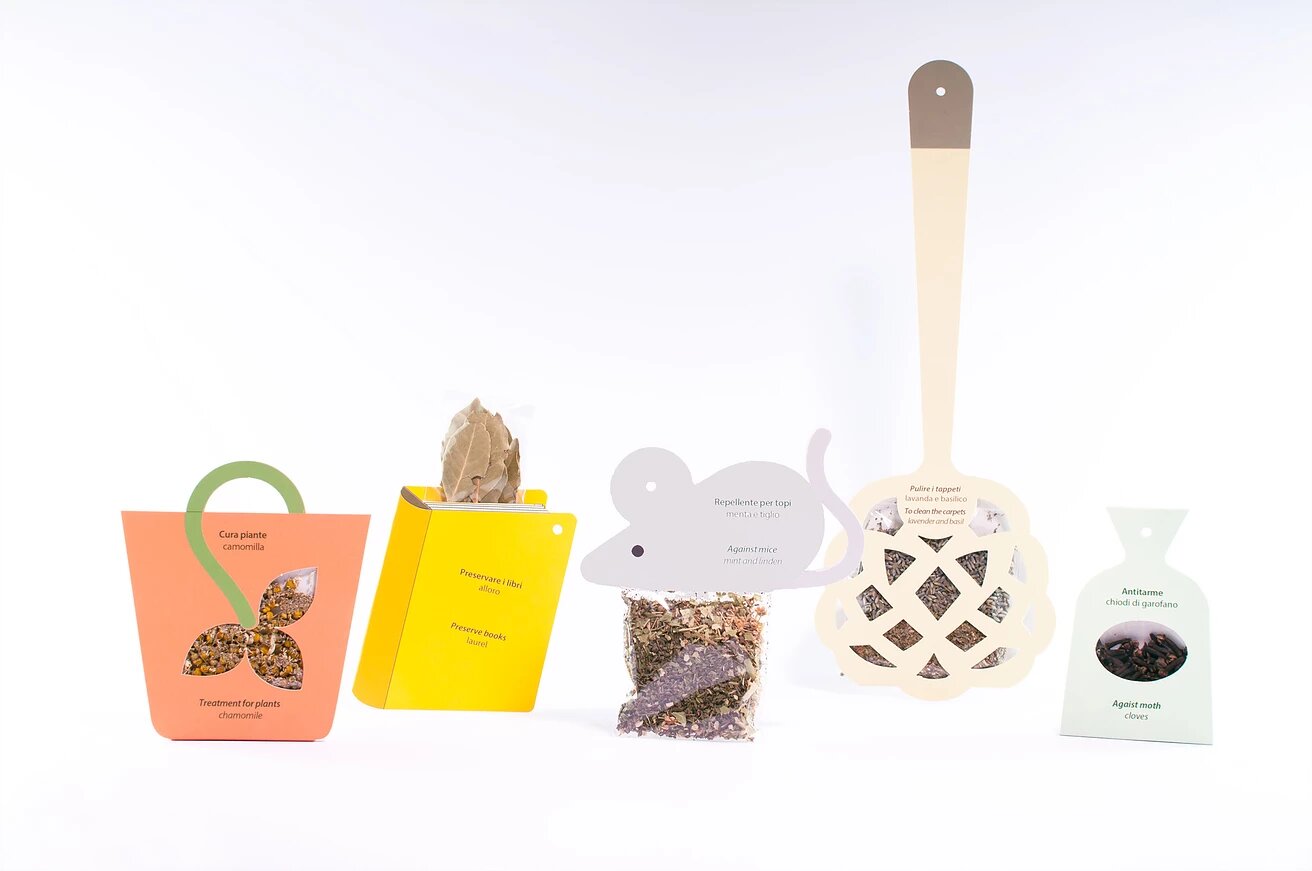 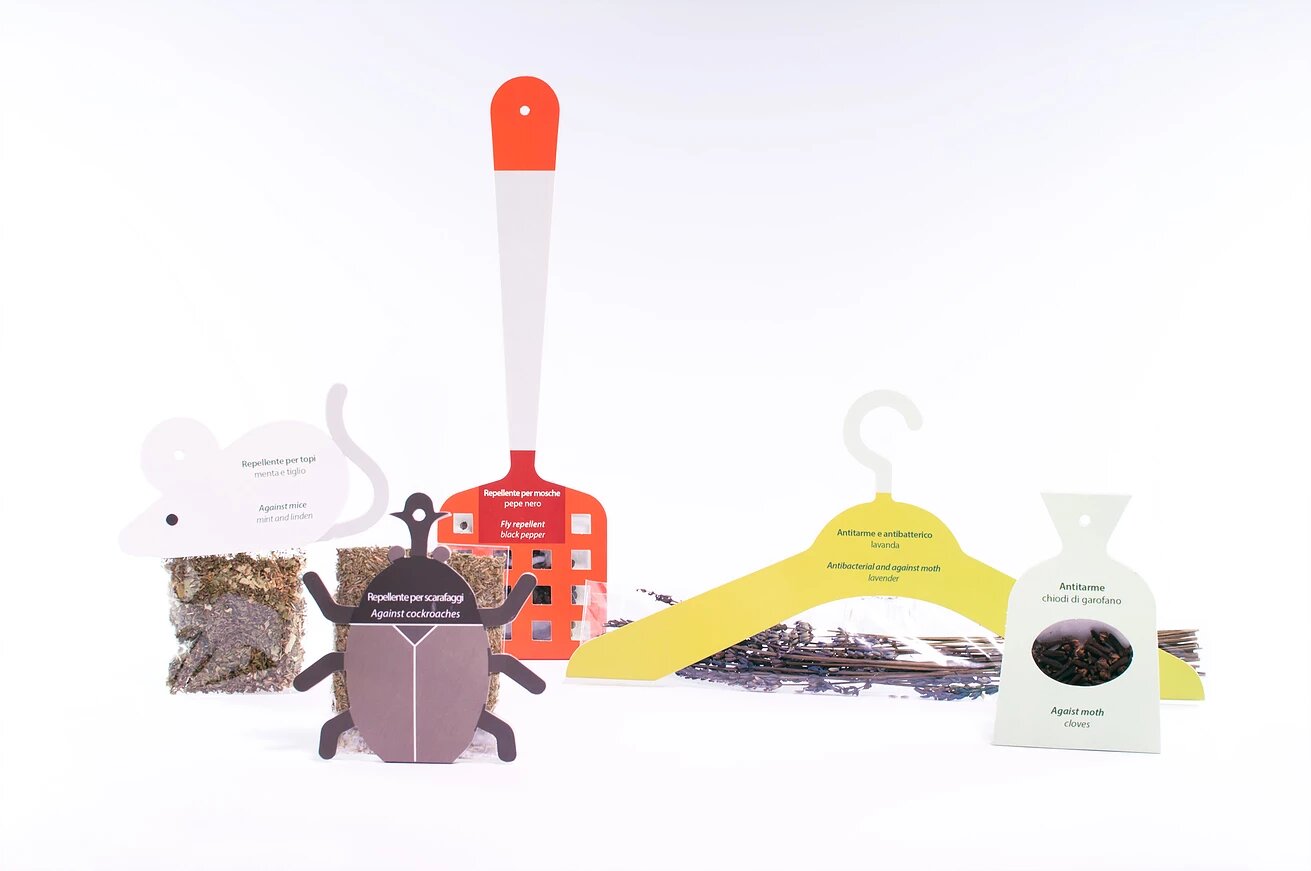 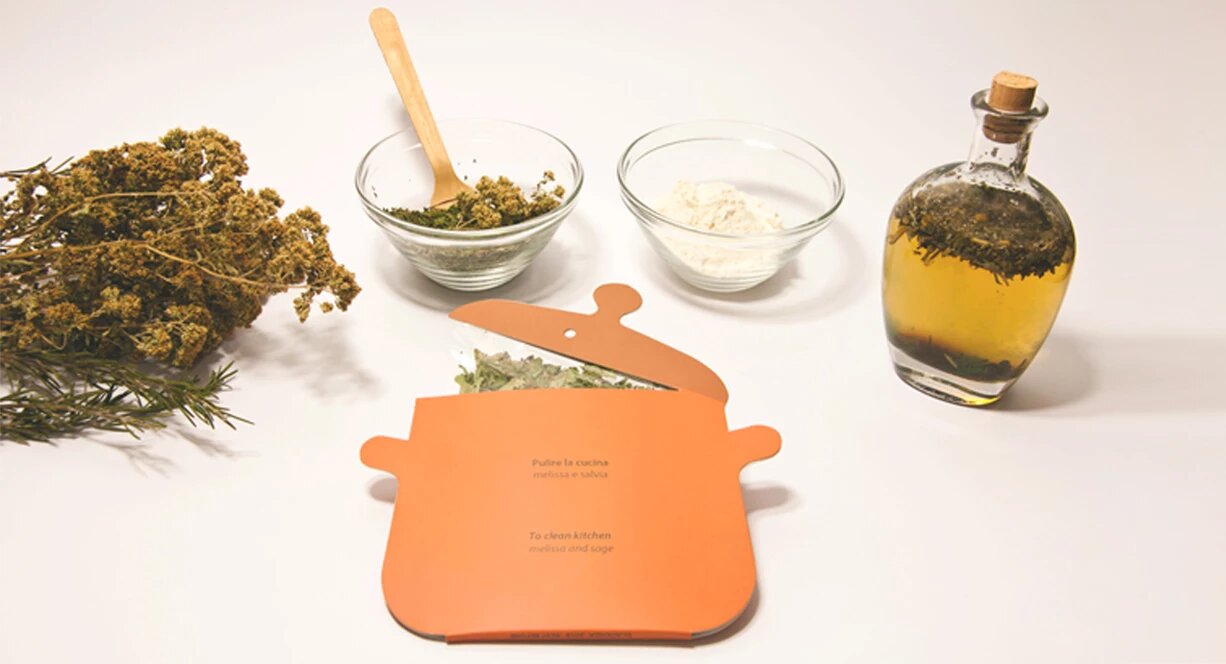 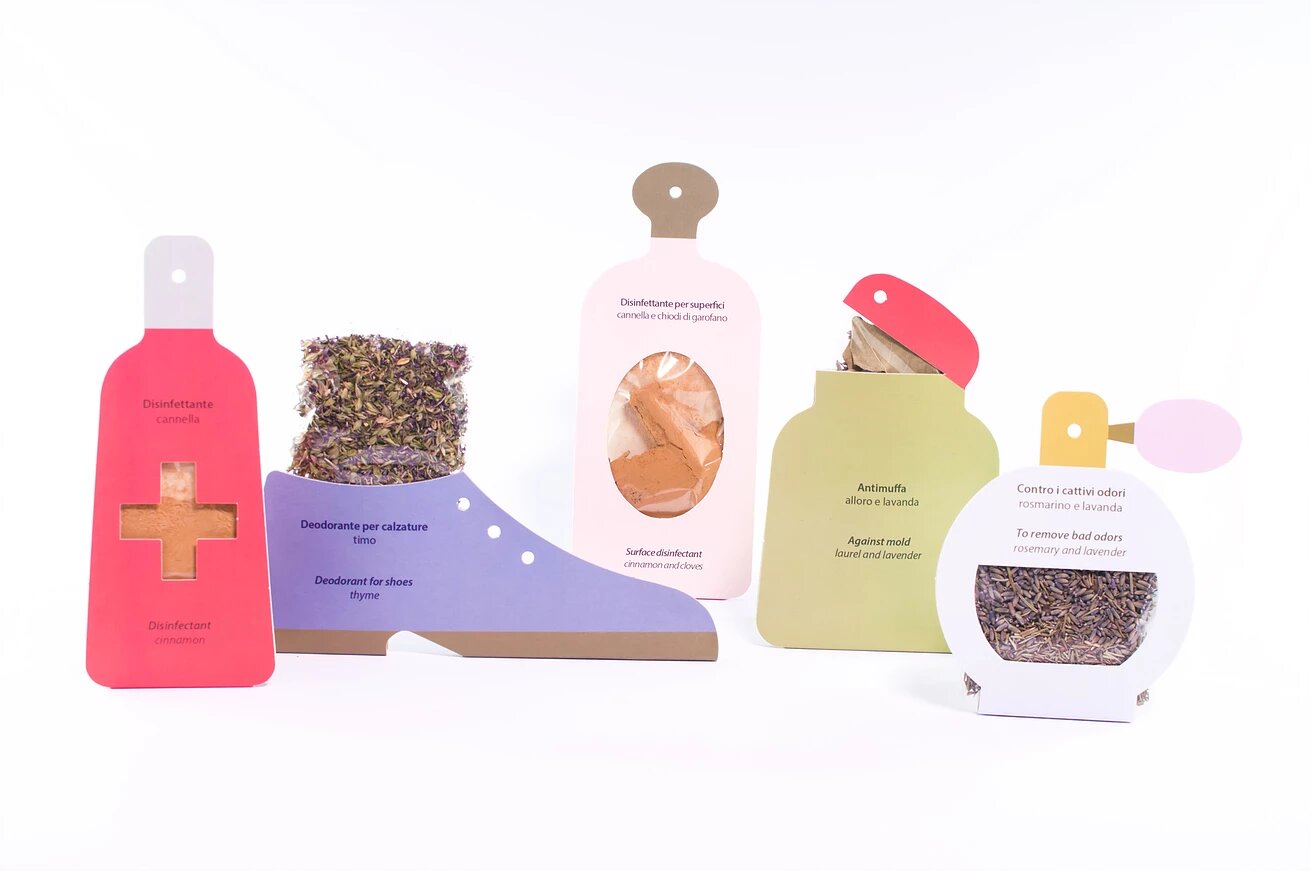 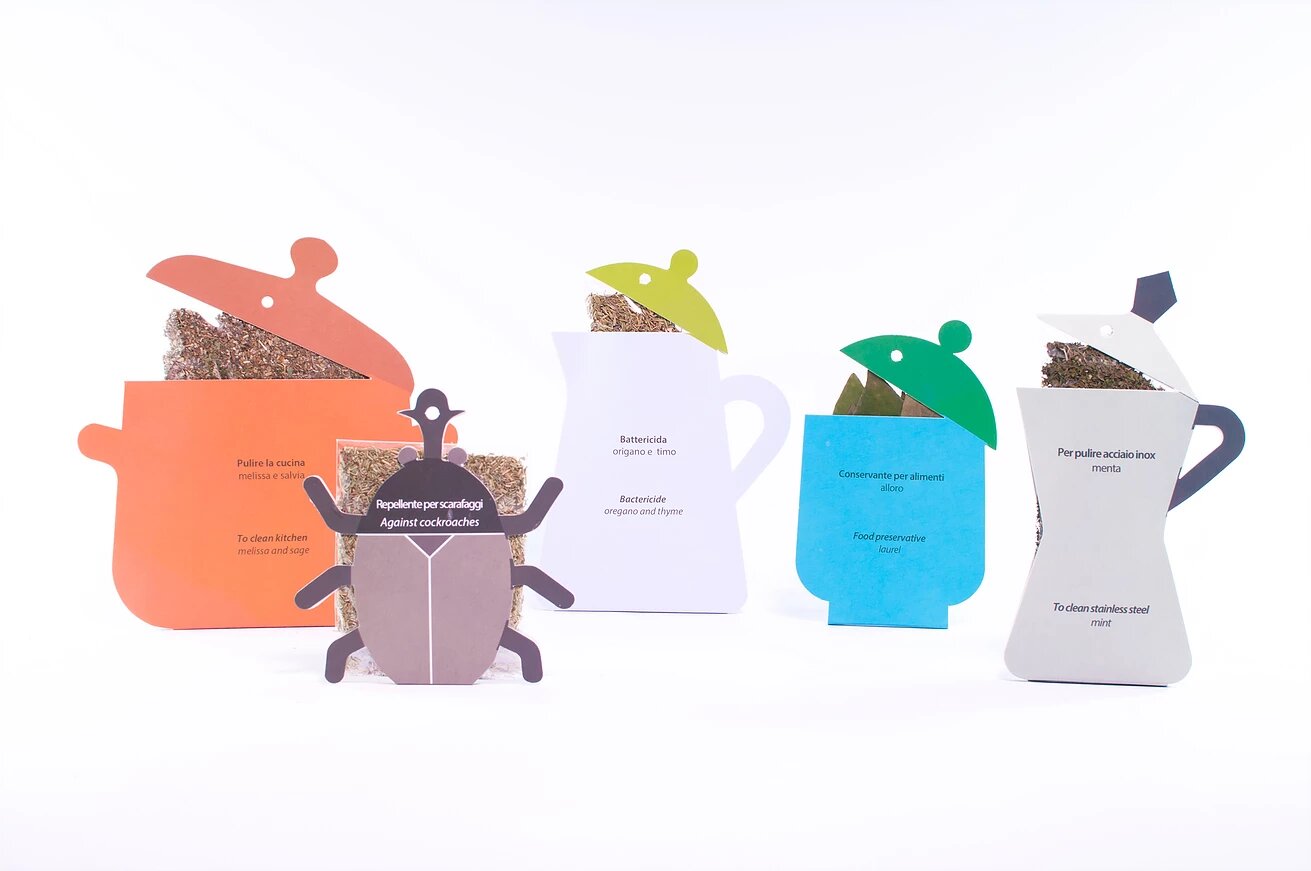 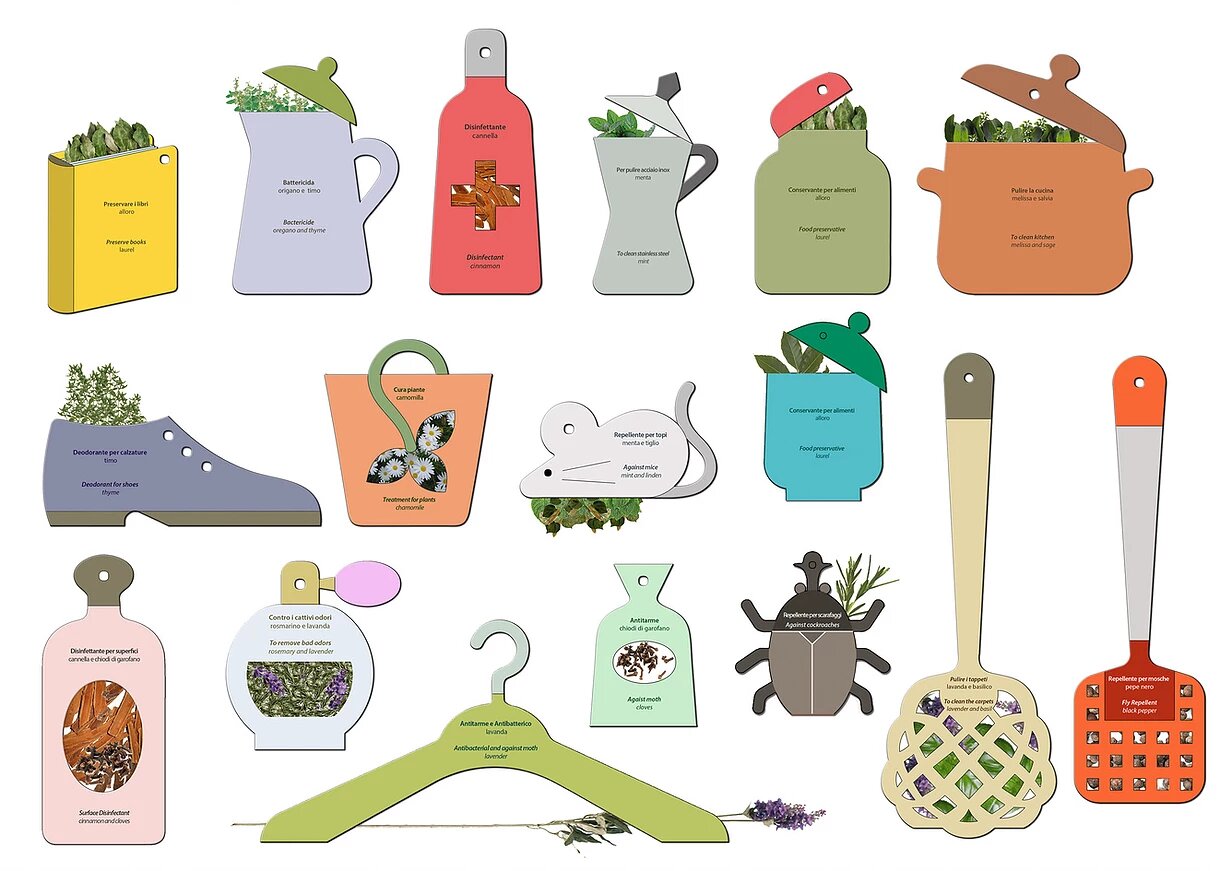 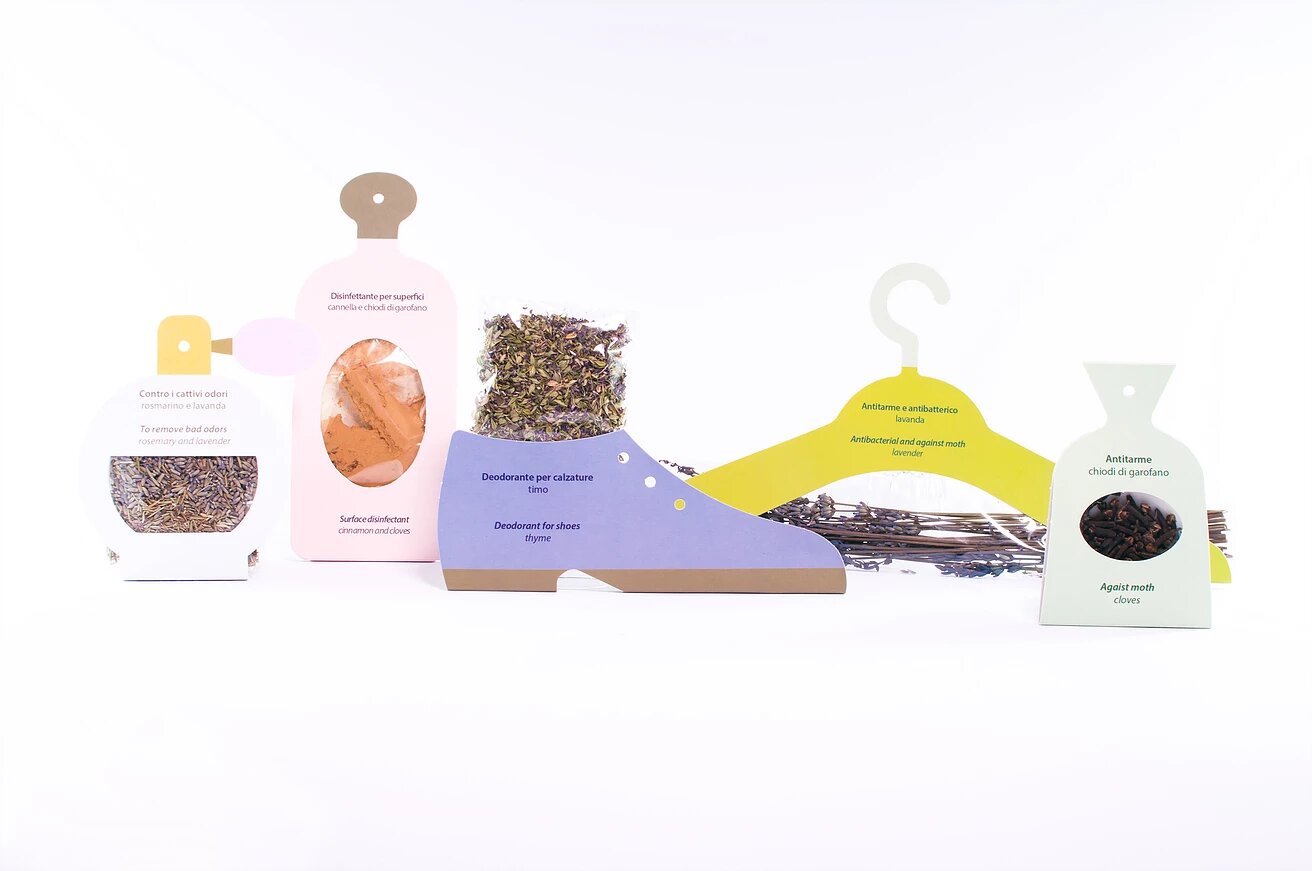 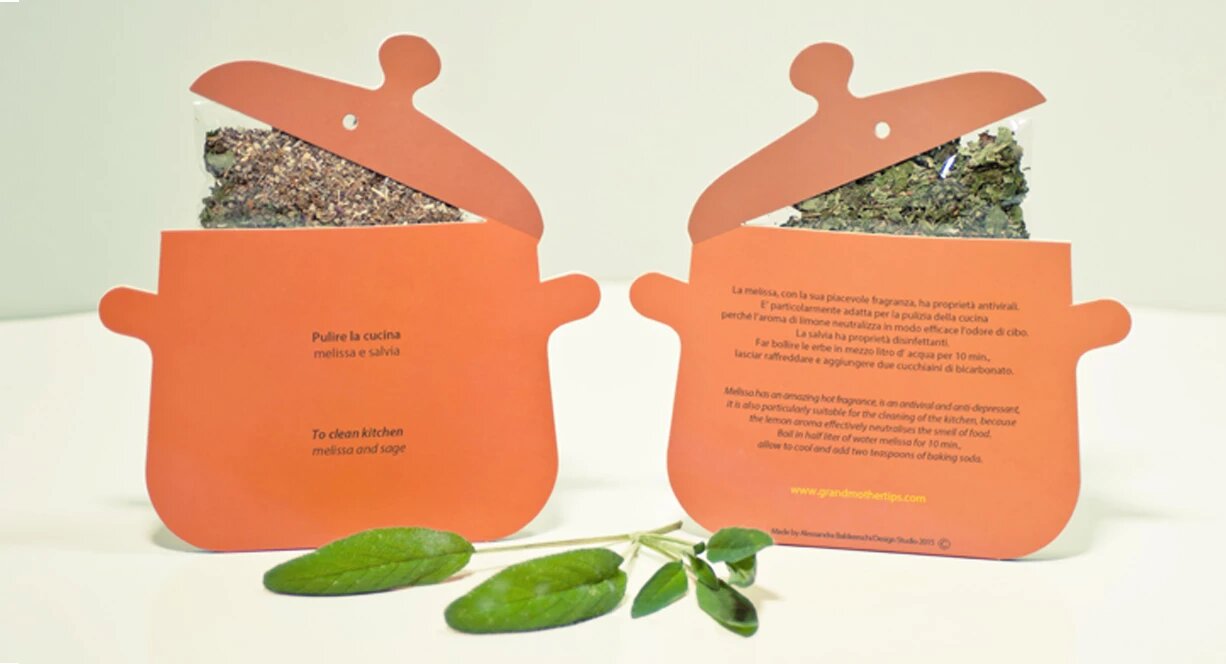 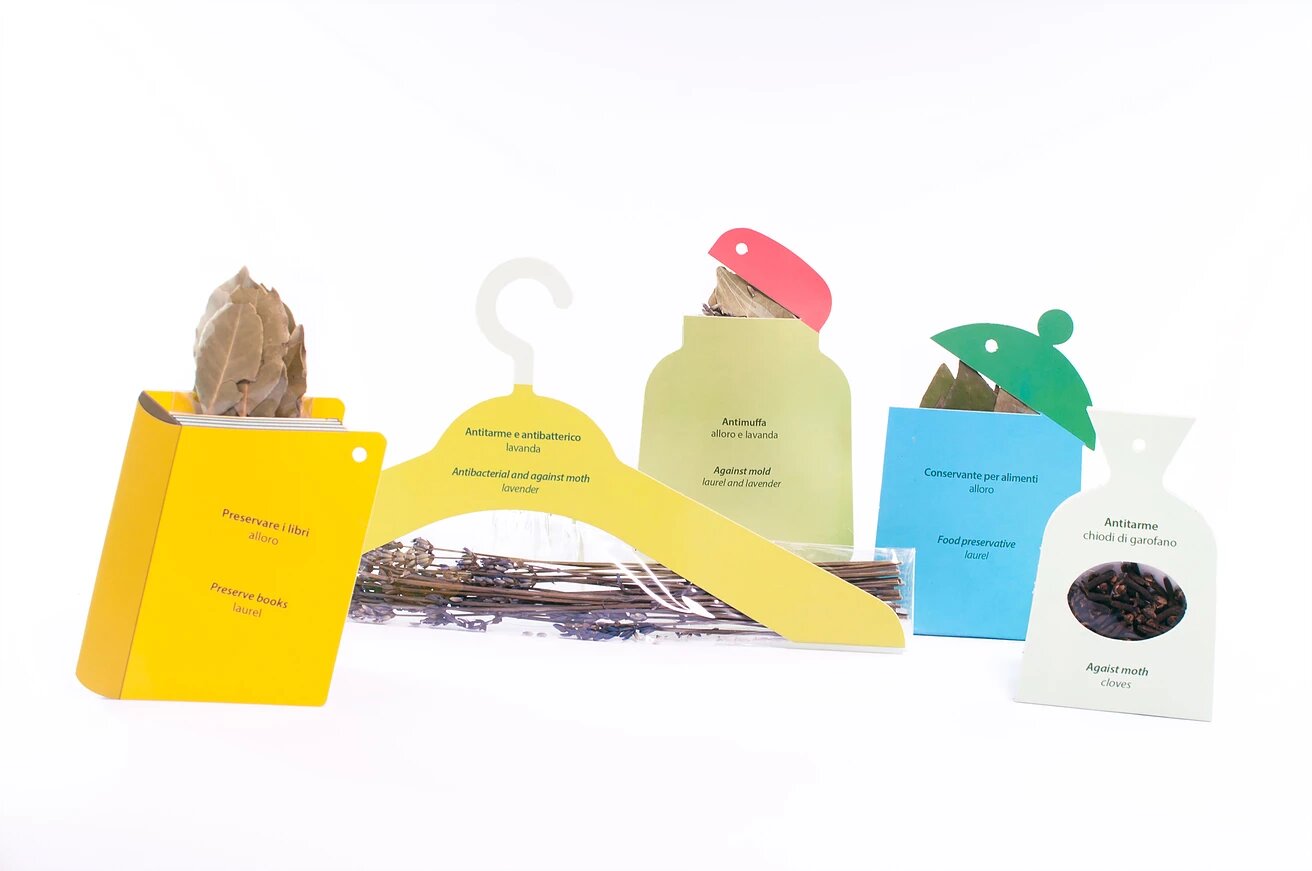 In the past centuries herbs had been used not just for cooking, but also for housecleaning.

Aromatic herbs are easy to grow in gardens or pots and they are efficacious in performing different functions on household cleaning as degreasing, disinfect and deodorize.

For instance, rosemary and marjoram have been used directly on the floors to be tramped on, so that their perfume and fragrance spread in the air. Lavender is a powerful natural antiseptic and in 1700 was used to clean floors. Laurel properties works against mold and can be used on different surfaces while cinnamon is a powerful disinfectant suitable for the bathroom, etc...

The collection "Grandmother Tips" recovers some old traditions, transforming them into useful products for household cleaning.

The collection of 17 recipes are shaped cardboards to identify the function they are to perform. Each recipes contains aromatic herbs and / or spices dried with its recipe to achieve a remedy for cleaning in the home.

Below is a list of the most popular herbs and their useful properties for our home: